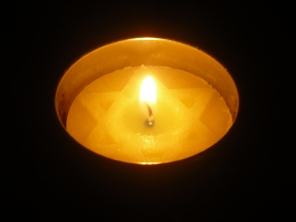 Centuries ago Yizkor, the memorial liturgy for the dead, was recited only on Yom Kippur. Its roots are found in a rabbinic comment on a verse in the Torah: “כַּפֵּר֩ לְעַמְּךָ֙ יִשְׂרָאֵ֤ל אֲשֶׁר־פָּדִ֨יתָ֙ ה’ — Atone for Your people, Israel, those whom You have redeemed, O Lord” (Deuteronomy 21:8). According to the medieval midrash of Tanhuma, the first part of the verse refers to atonement for the living, while the latter refers to the dead, which must be redeemed by the living. The text continues: “לכך אנו נוהגין להזכיר את המתים ביום הכפורים ולפסוק עליהם צדקה — Therefore, our practice is to remember the deceased on Yom Kippur by pledging charity on their behalf” (Tanhuma, Ha’azinu §1).

Over the course of the generations the custom of reciting Yizkor spread to the three Pilgrimage Festivals. The Torah reading on the final day of Pesah, Shavu’ot and Shemini Atzeret teaches that when we journey to the Sanctuary in Jerusalem for the holidays, “וְלֹ֧א יֵֽרָאֶ֛ה אֶת־פְּנֵ֥י ה’ רֵיקָֽם.  אִ֖ישׁ כְּמַתְּנַ֣ת יָד֑וֹ כְּבִרְכַּ֛ת ה’ אֱלֹהֶ֖יךָ אֲשֶׁ֥ר נָֽתַן־לָֽךְ — You shall not appear empty-handed before God. Each person shall bring from whatever the Lord your God has blessed you with” (Deuteronomy 16:16-17). The Torah’s linkage of the festival with charity is reflected in the language of the Yizkor prayers in which we pledge tzedakah to honor and elevate the souls of the departed.

I often struggle with the belief that the living have the power to elevate the souls of the dead. Rabbinic literature is suffused with myriad sources emphasizing that we will be rewarded or punished solely on the basis of our own actions in life.  If we are judged by the content of the lives we lead, how can the prayers or righteous acts of others intercede on our behalf after we’re gone?

Yet as Solomon Schechter once said, “Whatever the faults of the rabbis, consistency was not one of them.” There are myriad Jewish views concerning the afterlife, and they do not all harmonize with one another. Ours is neither a religion of dogma nor catechisms — if one Jewish view resonates more with you than another, that’s fine; if your beliefs change over time, that’s OK, too. Anyway, who am I to argue with a centuries-old belief rooted in rabbinic text? Should my prayers and positive deeds elevate the souls of my loved ones who no longer walk this earth, so much the better!

Notwithstanding the question of Yizkor‘s redemptive power of the dead, there is no question of its impact on the living.  Yizkor possesses the ability to inspire and elevate the souls of the living through the gift of memory.  Ben Sira, an ancient sage whose words hearken back to the 2nd Century B.C.E., embodies this truth:

Let me now praise those of piety, of our ancestors in their generations. Their good fortune shall not come to an end; their fruitfulness shall remain with their seed; and their inheritance with their children’s children. In their covenant their descendants abide, and for their sake with those who come afterward. Their memory remains forever, and their righteousness shall not be forgotten. Their bodies were buried in peace, but the names live unto all generations. The people will recount their wisdom, the congregation shall declare their praise.  (Ben Sira 43:1, 11-15)

As we think about those whose legacies continue to inspire us, I wish to share with you the memory of a very special man, Rabbi Henry Sosland, who passed away at age 86 a few weeks ago.  Some members of our community met Rabbi Sosland briefly — he flew from New York to Jacksonville to participate in my installation ceremony 14 years ago.  Yet even if you didn’t have the privilege of knowing him, in a way perhaps you have, at least indirectly.  When I am at my best as a rabbi and as a person, I’d like to think I embody lessons I learned from him as my teacher, mentor, colleague, and friend.

Rabbi Henry Sosland (right) joins with other clergy in March 2003 for a peace vigil on the steps of the Old Rockland County Courthouse in New City, New York

Raised in Kansas City, Henry Sosland graduated from Harvard College in 1953, and went on to graduate from the Jewish Theological Seminary in 1958. Later that year, he married his lifelong partner and soulmate Judy, and came to the New City Jewish Center, the Conservative synagogue in Rockland County at which he would spend 47 years. In this day and age, it is almost unheard of for a rabbi to serve a single synagogue for the entirety of his or her career. Henry liked to quip that he actually served three, perhaps four, different synagogues, when one takes into account that, with Henry Sosland’s guidance, the New City Jewish Center developed into a large suburban synagogue, quite different from its roots as a congregation of just a few dozen families. That Rabbi Sosland was able to grow the community is not only a testament to his skill as a rabbi, but also to his own capacity to grow. At every stage of his tenure congregants knew that they had a caring, deeply compassionate and incredibly menschlich rabbi, one whose integrity, authenticity and humility were palpable to all.

My father, Rabbi Immanuel Lubliner, of blessed memory met Henry while in rabbinical school, although he was ordained two years later in 1960. The friendship of my parents with the Soslands, however, stemmed from the days in which my father and Henry served congregations across the Hudson River from one another and the informal fellowship they enjoyed with fellow Conservative colleagues from Westchester and Rockland counties.

After my father’s very early retirement from Parkinson’s Disease and his growing immobility, most of my dad’s colleagues forgot about him — not deliberately, to be sure, and not all at once. But in the course of their busy lives as clergy with family, the calls and visits to my dad gradually became fewer and fewer — out of sight, out of mind, as the old saying goes.

But Henry Sosland was different. He would go out of his way to pick my father up and take him to Rabbinical Assembly programs and meetings in Manhattan; and when Abba could no longer travel, he would frequently shlep from Rockland to Westchester over the Tappen Zee Bridge to visit. As a fully engaged and active rabbi with many responsibilities of his own, I still am not sure how Henry found the time to visit my father regularly. But this much I can say: On the cusp of asking God to remember the souls of our departed, I can never forget that Rabbi Sosland remembered my father when so many of his colleagues didn’t.

One the most impactful experiences I had as a Seminary student was the year I spent as an intern at the New City Jewish Center. Rabbi Sosland treated me like a colleague and gave me the opportunity to teach, preach, and officiate at life cycle events, not as a rabbi with training wheels, so to speak, but as a colleague. When I once questioned him about whether or not it was appropriate for me to use the title “Rabbi” when I wasn’t yet ordained, he said, “You are a rabbi to the people you serve. You will learn as you go — even once you’re ordained you’ll continue to learn — but you aren’t practicing on people. They need you to be their rabbi, so be their rabbi.”

One day during my internship year, I was preparing to drive back to Manhattan after a weekend in New City. I had just changed into a pair of jeans and a t-shirt, when Henry came into the office with a couple I hadn’t met and introduced me — not as Rabbi Lubliner, but as “his friend, Jonathan.” Since he never referred to me in front of laypeople as anything but “Rabbi Lubliner,” I realized this was his gentle way of communicating his opinion about my “unrabbinic” garb without embarrassing me in front of others. In my work with the colleagues who have come to work with me over the years as the Center’s Second Rabbi, I’ve endeavored always to keep Rabbi Sosland’s example as a teacher and mentor uppermost in my mind. Two millennia ago Rabbi Elazar ben Shamua said: “יְהִי כְבוֹד תַּלְמִידְךָ חָבִיב עָלֶיךָ כְּשֶׁלָּךְ, וּכְבוֹד חֲבֵרְךָ כְּמוֹרָא רַבָּךְ — Honor your student with the deference due a colleague, and honor your colleague with the deference due a teacher” (Mishnah Avot 4:12). When I hear these words I can’t help but think of Henry.

As we turn to Yizkor I share these recollections of my teacher with you because I want everyone in this room to know more about a special man who inspired me with his goodness and wisdom; his impact on my rabbinate is immeasurable. But I also believe that each and every one of you has had a Rabbi Sosland of your own: a person whose life graced yours with the blessing of priceless gifts, ones that shaped your character and outlook, the kind that made you a better you.

As once our ancestors traveled on the Three Pilgrimage Festivals to the Temple in Jerusalem bearing gifts, so we journey through life bearing the gifts given us by our friends and family. In the rucksack of memory we carry their examples, their stories, and their values with us to ensure that, when our time to stand before God comes, we do not appear empty-handed before the Eternal One, but bring with us the lineaments of character bequeathed us by those who’ve gone before and given by us in turn to those who follow. May our prayers and deeds elevate their souls, even as their legacies raise our aspirations and lift our lives.