“The good land that the Lord your God has given you”: Will it still be good for our children?

I recently came across a real estate prospectus offering, “Good land with streams, springs and fountains; ideal for planting wheat, barley, grapevines, fig and olive trees, date palms and pomegranates.  If you want a great place to live a farm-to-table lifestyle where you can eat your own bounty without stint and lack nothing, this is the place for you!”

A confession: the foregoing was no prospectus, but a paraphrase of the beginning of chapter 8 of Deuteronomy, a passage that concludes with the famous words, “וְאָֽכַלְתָּ֖ וְשָׂבָ֑עְתָּ וּבֵֽרַכְתָּ֙ אֶת־ה’ אֱלֹהֶ֔יךָ עַל־הָאָ֥רֶץ הַטֹּבָ֖ה אֲשֶׁ֥ר נָֽתַן־לָֽךְ — And you shall eat, be satisfied, and give thanks to the Lord your God for the good land which God has given you” (8:10).

The original passage refers to the land of Israel, but that final verse partakes of a universal character.  Serving as the source of the commandment to recite Birkat Ha-mazon, (Grace after Meals), we give thanks to God for food grown anywhere in the world; our gratitude is no less in Jacksonville than Jerusalem, for  הָאָ֥רֶץ הַטֹּבָ֖ה — the good land — is all places capable of nourishing and nurturing life.

Now let’s fast forward to the year 2050.  If God blesses with me longevity, I’ll be 87 years old; my children will be in their late forties and early fifties.  My grandchildren may range in age from 10 to 20 years old.  To put it in different terms: I will be close to the age my mother is now, and my kids will have reached my stage in life.  It’s really not that far off.  In 2050, however, a real estate prospectus is far likelier to read something like this:  “Great land offer!  Located in a formerly fertile area, prolonged multi-year drought ensures that flooding will never be a concern.”  Another ad might say, “New impressive inland ocean view due to coastal flooding of previous years.  Houses on reinforced concrete stilts afford peace of mind during all but the most severe storms.  Second floor boat mooring allows for quick evacuations when needed.” 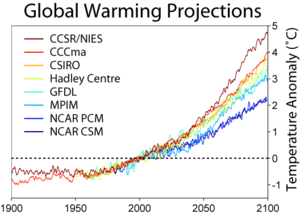 Oceanic acidity.  Extinction of species.  Coastal sea rise.  Drought.  Flooding.  More disruptive weather patterns.  Migration of invasive flora and dangerous fauna to new regions.  And if the foregoing sounds like the ten plagues we enumerate at the Seder, the association is hardly accidental — both represent examples of environmental disruption and devastation.  That one was caused by God, and the other is being inflicted by humankind upon itself offers little comfort, especially when we consider that, in a very real sense, the Egyptians brought disaster upon themselves through their own stubbornness.  Are we any less willful than they were?

This past week, 13 federal agencies, working under the aegis of the National Academy of Sciences, completed a draft report regarding climate assessment as mandated every four years by Congress.  One of the most comprehensive climate science studies ever completed, its preface states that, “Evidence for a changing climate abounds, from the top of the atmosphere to the depths of the ocean.”  It concludes the United States is already palpably warmer than it was fifty years ago, with fewer cold extremes and more extreme heat; hurricanes are likely to be more intense; California, the most populous state, is heading in the direction of perpetual drought;  in other places, such as the Northeast, rain is falling more heavily than ever before; flooding related to sea-level rise is already occurring in Miami, and by the end of the 21st century, Charleston, South Carolina will flood at every high tide.  The most important finding? “It is extremely likely that human influence has been the dominant cause of the observed warming since the mid 20th century . . . there are no convincing alternative explanations supported by the observational evidence.” 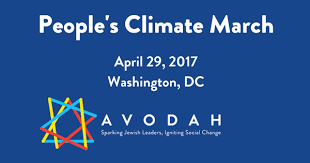 Climate is a Jewish issue. The Torah sees the world as God’s crowning creation; “וַיַּ֥רְא אֱלֹהִ֖ים כִּי־טֽוֹב — And God saw it was good” (Genesis 1:12) is more than an editorial comment; it is nothing less than a theological statement.  Preserving the environment is a Jewish issue as we learn from a midrash in which God warns Adam: “ראה מעשי כמה נאים ומשובחין הן — Consider My works, how beautiful and commendable they are! תן דעתך שלא תקלקל ותחריב את עולמי  — Take care not to corrupt and destroy My world; שאם קלקלת אין מי שתיקן אחריךfor if you destroy it there shall be no one to repair it after you” (Kohelet Rabbah 7:13 §I).  We cannot admire an artist, yet trash her body of work; we  cannot respect our Creator while ruining creation.

We also know that climate is important to Judaism from the role it plays in our liturgy:  prayers for rain and dew during the Amidah; the ritual of hoshannot during the festival of Sukkot; indeed, there is an entire tractate of Talmud, Masekhet Ta’anit, devoted to ritual and liturgical responses to disasters, primarily those related to drought and other weather-related phenomena.  There are blessings recited when one sees the grandeur of great mountains or deserts, smells the blossoms of trees in bloom, witnesses shooting stars, or marvels at the majesty of the ocean.

Judaism sees truth as God’s own seal, rejecting falsehood and despising prevarication.  Once upon a time there were scientists whose souls were bought by the tobacco companies; their job was to find as many ways as possible to explain away the addictive character of nicotine and the deadly nature of smoking.  When evidence of tobacco’s dangers became irrefutable, the industry changed gears.  They could no longer blatantly deny the facts.  Instead, they chose to fudge as much as possible, seeking to promote as much ambiguity and uncertainty as possible by claiming that the studies failed to demonstrate the extent of tobacco’s damage, or promoting lower tar cigarettes as “healthier” alternatives.

In some ways, the tactics of climate-deniers and their so-called scientific research are reminiscent of the big lie that once was perpetuated by the tobacco industry.  In a disturbing article published by Scientific American last July, the fossil fuel industry was shown to use many of the same researchers, tactics, and studies of big tobacco.  But why should anyone be surprised?  As an old Yiddish saying has it, “A nai-er melekh mit na-yeh gezayres, a nay yor mit alte aveyres — A new king with new decrees, a new year with old misdeeds.”

With America’s withdrawal from the Paris accord, the current administration has sent a disturbing message about its stance on global warming.  There is reason to be concerned that President Trump may be inclined to dismiss the National Academy of Sciences report on climate change.  But it would be a terrible mistake for us to label this a partisan issue.  The National Academy of Sciences is not a partisan front, any more than the dozens of other reputable and distinguished academicians and scientists whose work have demonstrated the reality of global warming over and over.  The threat to our planet is non-partisan and equal opportunity; its resolution will require bi-partisanship and a willingness to face the threat, not deny its existence.  It was President Nixon, who signed the Clean Air Act, and created the Environmental Protection Agency; it was President George H. Bush who signed legislation instituting a cap-and-trade system for industry to curtail acid rain.  And it was Ronald Reagan who once said, “What is a conservative, after all, but one who conserves?”

There are no panaceas.  To make a difference as individuals we will need to buy less stuff, drive fewer miles, purchase fuel-efficient cars, eat less meat, plant more trees and cut fewer down.  Even something as simple as unplugging our devices can help — US. citizens spend more money on electricity to power devices when they’re off than when on! Because televisions, stereo equipment, computers, battery chargers and a host of other gadgets and appliances consume energy when seemingly switched off, unplug them instead.  On the larger front, we have to actively campaign for legislation to support renewable sources of energy and ways to make them cost-effective.  And rather than prop up a dirty and dying industry like coal mining, whose long and inevitable decline over the past decades wasn’t caused by environmentalists, but by automation and cheaper forms of energy, we need to invest in places like West Virginia and Kentucky as they transition to a post-coal world.

The second paragraph of the Sh’ma, part of Judaism’s most fundamental credo, warn us of the steep price we will pay for our self-serving hubris should we dismiss the reality of climate change.  Should we serve the false god of expedience, “The Lord’s anger will flare up against you, and God will shut up the skies so that there will be no rain and the ground will not yield its produce; and you will soon perish from the good land that the Lord is giving to you” (Deuteronomy 11:17).