A SHOOTING IN THE HOLY OF HOLIES 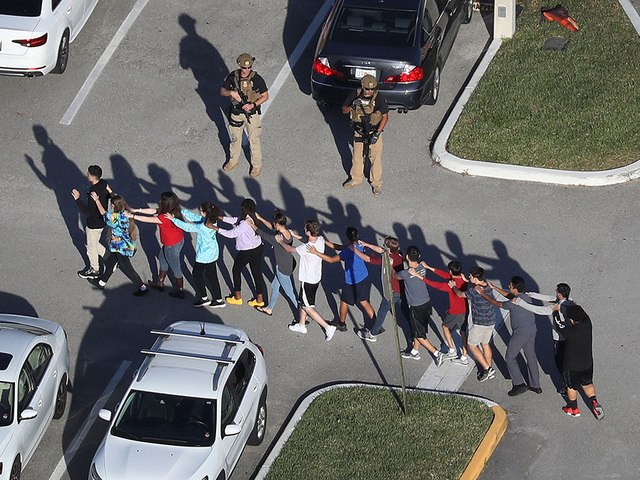 In last week’s Torah portion, Terumah, we read about the construction of the Mishkan, the traveling sanctuary our ancestors used from the era of their desert wanderings until the building of the First Temple. At the very heart of the structure was the Aron, the Ark of the Covenant which contained the first and second set of tablets that Moses brought down from Sinai.    Over the ark there were the cherubim, two winged figures made of pure gold. They served as shields for the ark, as well as a kind of throne, if you will, from which God would communicate with Moses and impart the Divine word.

The rabbis speculated extensively about what the cherubim actually looked like.  In a play on the word Kruv, (the Hebrew for “cherub”) the Talmudic sage, Rabbi Abbahu, suggested that the word means, “K’raviya” – like a child (Babylonian Talmud, Sukkah 5b).  It’s a powerful idea: our children, symbolically speaking, stand in proximity to the Ark of the Covenant, in the spiritual geography of Judaism, we place them in the Holy of Holies.

A week ago a terrible tragedy took place at Marjory Stoneman Douglas High School in Parkland, Florida.  17 human beings were shot down in cold blood by a disturbed 19-year old, who could not legally purchase a beer, but was able to buy an AR-15 assault rifle in perfect conformity with state law.  Our schools should be Holy of Holies – places of safety, civility and education, places of hope for the future, where children can expand their horizons and forge life-long friendships.

Yet Nikolas Cruz entered that Holy of Holies and destroyed 17 cherubic figures within.  There were many cues that were ignored or missed.  He had demonstrated signs of being violent and disturbed.  Cruz was known to express anti-social views.  He had been expelled from school for his violent behavior and had shown an obsession for guns . . . And yet he was able to buy all the accouterments of death with which to murder others with maximum efficiency.  There is something terribly wrong here.

IF NOT NOW, WHEN?

But you who philosophize disgrace and criticize all fears, take the rag away from your face; now ain’t the time for your tears.

Some of our leaders – particularly those who consistently oppose gun control in any form – will tell you in the wake of every mass shooting that now is the time for prayer, not politics.  This response has become a meme of sorts, the trope of apologists who defend the Second Amendment, yet transgress the Second Commandment by elevating the right to bear arms into a kind of idolatry.  The sincerity of their pious words would be more believable if they told us when, exactly, would be the right time to have an honest and unflinching debate about the balance between public safety and gun rights.

Yet none other than God reminds us that there are moments when prayer just isn’t enough.  When Moses and the children of Israel had their backs to the sea, and Moses began to pray, God said, “Why do you cry out to me?  Tell the Israelites to go forward” (Exodus 14:15).   There is a time for a prayer, but also a time for action.   The very families devastated by the tragedy in Parkland are crying out to our elected officials for decisive action; they demand more than heart-felt prayer alone.

JUDAISM AND THE SECOND AMENDMENT

Ours is not a pacifistic religion; there is nothing in Judaism that would preclude individuals from owning firearms, whether for sport or self-defense.  Indeed, killing an individual in self-defense is sanctioned by the Torah itself: “אִם־בַּמַּחְתֶּ֛רֶת יִמָּצֵ֥א הַגַּנָּ֖ב וְהֻכָּ֣ה וָמֵ֑ת אֵ֥ין ל֖וֹ דָּמִֽים — If a thief is discovered while breaking in and is beaten to death, there is no blood-guilt in this case” (Exodus 22:1).  The Talmud comments, “If someone comes to kill you, kill him first. Here it may be presumed that the thief has come to kill you, because he knows that a person will not hold himself back and remain silent when an intruder invades his property. Therefore the thief comes with the implicit assumption that if the owner of the property attempts to intervene or stop him, he [the thief] would kill him first” (Babylonian Talmud, Sanhedrin 72a).

Yet elsewhere Judaism invokes and affirms that self-protection has its limits. There were no guns in Talmudic times, of course, but it wasn’t unusual for folks to keep a wild dog on hand to protect themselves from robbers. The owner of an attack dog, however, was not given carte blanche to do as he felt like. In the Shulhan Arukh, the preeminent 16th-century code of Jewish law, we learn that it was forbidden to raise a dangerous dog in an urban areas unless secured with a metal chain at all times (Hoshen Mishpat 409:3). The thinking here is that while a barking dog can deter robbers, the liability of letting a vicious dog go free is too much, since it might attack an innocent bystander.  In more rural settings, on the other hand, Jewish law permitted the owner to take the dog off its leash at night . . . so long as he was tied up again by day.  In remote areas the assumption is that help might be farther away and the danger greater — hence the permissibility to allow the dog to roam one’s property at night.  Still, the animal had to be restrained by day because of the liability associated with letting it roam free.  Judaism insists that our responsibility for the well-being others is no less important than one’s own personal protection.

For the same reason, halakhah would also limit the sale of weaponry to those deemed unstable, of flawed character or suspected of criminal intent.  We read in the Talmudic tractate Avodah Zarah: “Our sages taught: One should not sell idolators or Kutim (two classes of individuals considered of dubious character) either weapons or accessories of weapons; one should not grind any weapon for them; one may not sell them either stocks, neck-chains, ropes, or iron chains.”  The rabbis extend this prohibition even to fellow Jews of whom there is concern about their intentions (Babylonian Talmud, Avodah Zarah 15b).  Since it was not always apparent from appearances whether or not an individual might fit into any of the above categories, the law presumes the need for some kind of inquiry; in modern terms, a background check.

The Torah offers a sensible and balanced view.  Jewish law has no problem with the Second Amendment, but does take serious exception when the right to bear arms is transformed into an absolute, trumping all other considerations. To live in social compact with others is to agree that we accept some limitations on our behavior for the greater good — just as there are certain limits posed on the First Amendment for the commonweal, so, too, with the Second.

A honest reading of Jewish law would support closing the gun show loophole that allows for the purchase of weapons without a background check; prohibiting bump stocks or any means by which semi-automatic weapons might be converted into automatic weapons; getting rid of high capacity magazines; and requiring gun safety measures in homes where young children can and have ended up dead while playing with firearms.  Jewish values would support making it impossible for individuals who had demonstrated violent, anti-social behavior to procure guns simply by walking into a store.

The foregoing are positions taken by United Synagogue, the Rabbinical Assembly, the National Council of Jewish Women, the ADL, the Union of Reform Judaism, and the Jewish Council on Public Affairs, and many others.  I urge you as I have done to yet again write our legislators in Washington, lest they find themselves relegated to the wrong side of history on this issue.  I believe sane gun laws will one day prevail, the only question is how many more massacres like the one of this past week it will take.

Our young people are watching us.  They are waiting to see what we do in the wake of yet another mass shooting in yet another school.  Here’s a post I read on Facebook from Jamie Bielski, a 15-year-old member of our congregation:  “I can’t stress enough how important the issue of gun control is. Regardless of your own political belief, hopefully you can see that legislation regarding guns should not be handled in the way it is today. Had Congress learned from history and had new legislation been passed, we would not be devastated by the tragedy that occurred yesterday in Parkland. Please take action. Call or email your representatives.” To Jamie’s plea, I would point you to the resources within the Jewish community that can help you learn more, and be an effective advocate for gun legislation reflective of our tradition’s values: Rabbis Against Gun Violence; the Jewish Council for Public Affairs; the community resource guide on gun violence prevention of the Religious Action Center of Reform Judaism.

We have entered the month of Adar.   In ancient times, it was during this month that a half shekel tax was collected from Jewish communities throughout the world for bedek ha-bayit, the repair and support of the Temple in Judaism.  In the Holy of Holies, we need to repair the damage that has been done by the smoking barrel of an AR-15, to restore the cherubim mangled by yet another shooter with a weapon of great destruction. 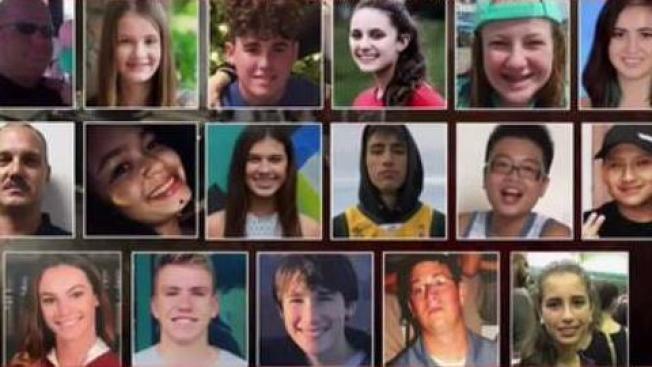